During 22-24 September 2021, the ROSEWOOD4.0 team participated in the most important forestry trade fair in Southern Europe, Forexpo 2021, held in Mimizan (France). At the exhibition, the ROSEWOOD4.0 study visit to the Central Western Europe hub took place in the framework of the FOREXPO exhibition, the largest forestry fair in France, which is held every four years.

FOREXPO was an exceptional opportunity to get an overview of innovations and best practices available in France and other countries, e.g. Spain. ROSEWOOD4.0 partner CNPF, Centre National de la Propriété Forestière, had an outdoor stand where it showcased its advisory services and tools for private forest owners. At the stand, visitors were shown two innovations:

In addition, a number of innovations were demonstrated and directly introduced at the forestry fair, such as the business model for forest damage insurance, a wide range of remote sensing applications at forest stand level, novel solutions for forest plant production or the protection of nurseries against frost and other damaging weather effects. Rosewood4.0 partners were accompanied by a professional translator who facilitated communication with the various exhibitors at the fair.

The interaction with French forest owners at the stand, as well as the numerous conversations with exhibitors at the fair, opened up new opportunities to be followed up and included in the Rosewood40 database and network.

The video summary of the event was produced by our colleagues from HolzCluster Steiermark (Austria).

Additional images of the event 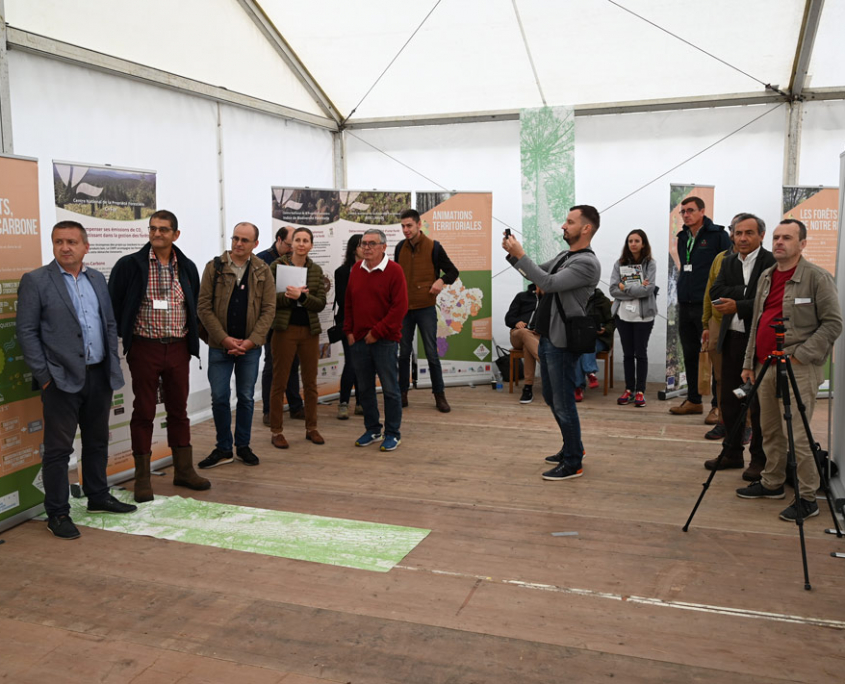